The Chamber is overseen by a group of member representatives that have been elected as Directors.

Each brings a wealth of knowledge and experience from different sectors of the Falkland Islands economy. 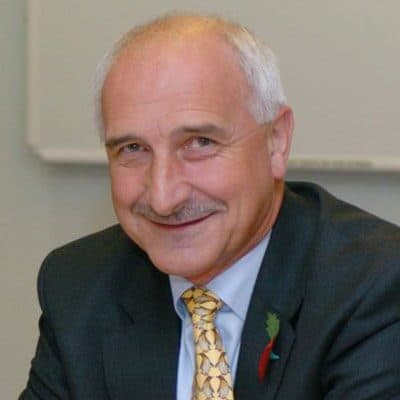 Mike has had a long career in business in a variety of roles, initially in the engineering and construction sector in business development and corporate planning, and more recently in the FI fishing industry.
Read more

The first 14 years were variously based in UK, Europe, Africa and the Far East, returning to the Islands in ’89 to take up the role of General Manager FIDC at a troubled and difficult time. After 7 years of successful transformation of FIDC he left to re-join the private sector.

First elected to Government in ’96, Mike served 19 years in the Assembly, with only a short absence in ’09-’11, before retiring in 2017. His principal focus in Government was always the economy and foreign affairs.

Mike is the owner and Managing Director of Pioneer Seafoods Ltd, Chairman of the FI National Sports Council, and became Chair of the Chamber in 2019. He was awarded the OBE in 1996 for services to Falkland Islands politics and development. 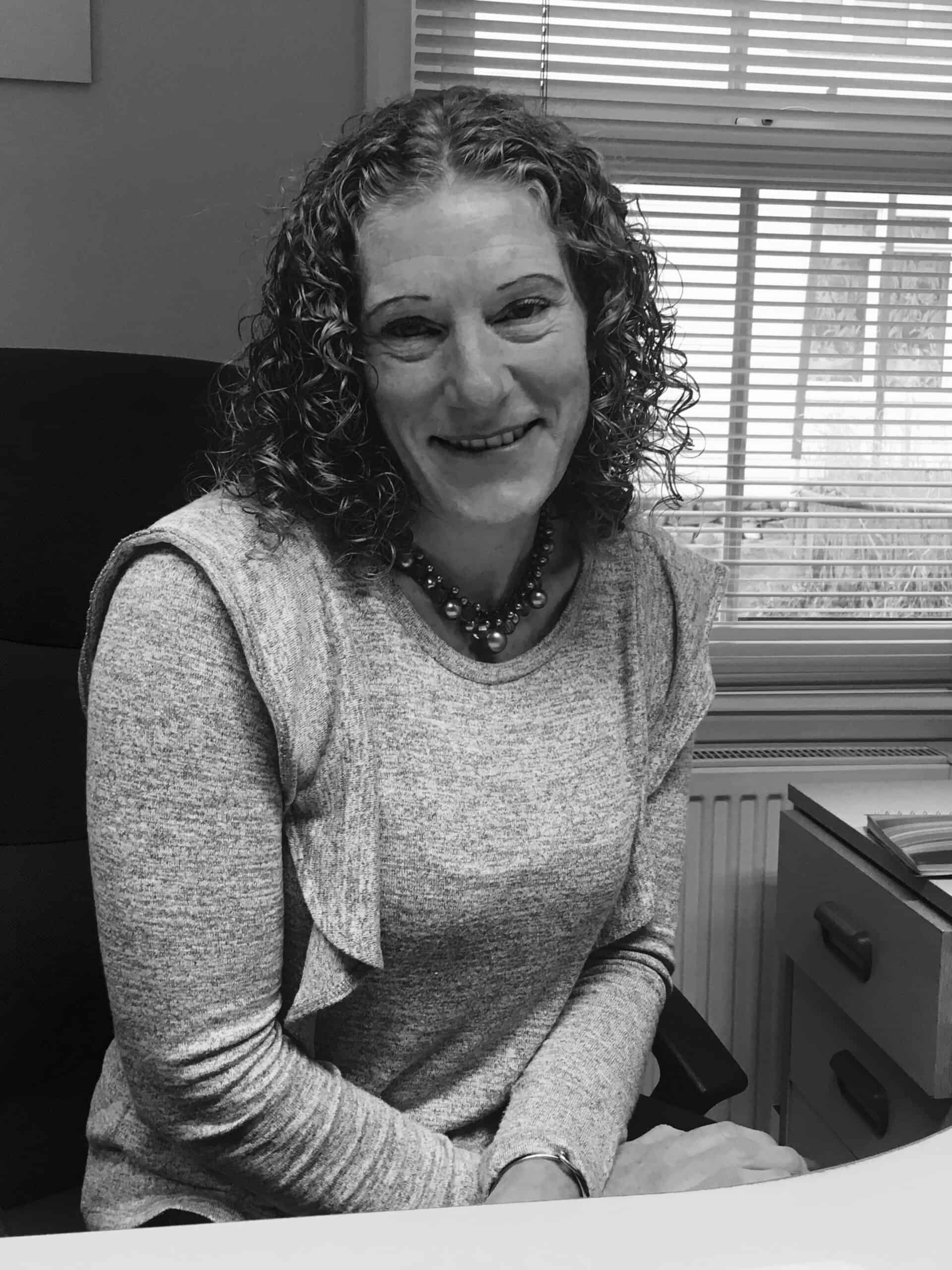 Sally brings more than 20 years of experience in the tourism industry ranging from public sector work for the Tourist Board, extensive work in the private sector marketing and selling the Falkland Islands as a niche tourist destination.
Read more

She has a great deal of experience in building international relationships including in the airline industry, building processes and strategies, and leading a team of Travel Consultants selling air travel, and domestic and international travel arrangements.

Following 24 years working at International Tours & Travel (the last 10 years as Manager), Sally is now a freelance tourism and logistics consultant. Sally has previously had spells working in the fishing industry (logistics and agency work) and running a temping agency.

Through admin support for Martech Falklands Ltd. she also has significant dealings with the charter yacht industry and logistics for visiting film crews.

Outside of work Sally is a keen runner and indoor boulderer, and an avid believer in the power and benefits of sport. 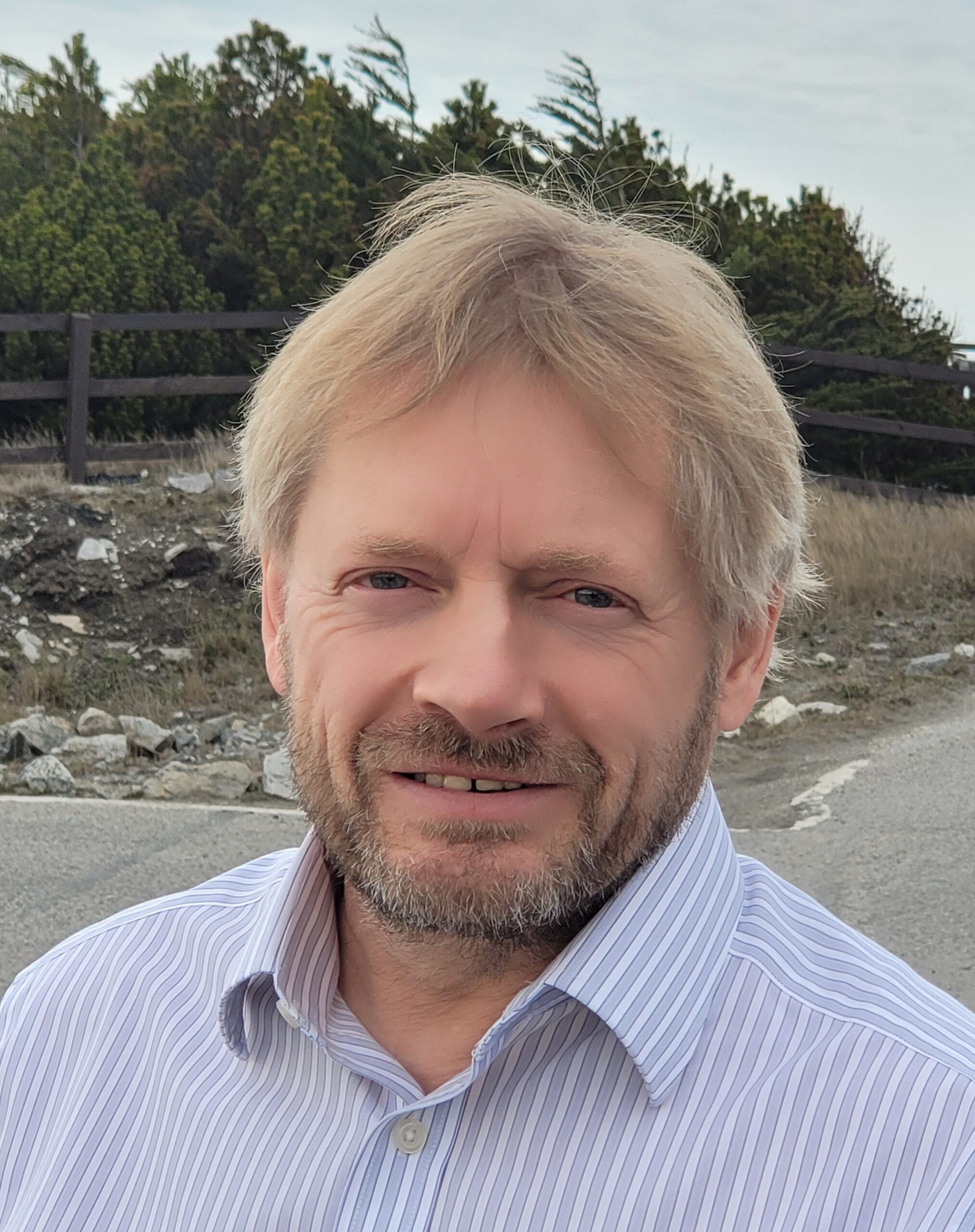 A keen advocate of a strong private sector led economy, Hamish has served in various positions on the Chamber board since 1994,
Read more

apart from a brief spell in the 2000’s and more recently whilst he chaired the Falkland Islands Development Board for a 6-year term. Since establishing his first business in 1985, Hamish has gone on to operate or serve on the Boards of businesses across most of the key sectors of the Falkland Islands economy. 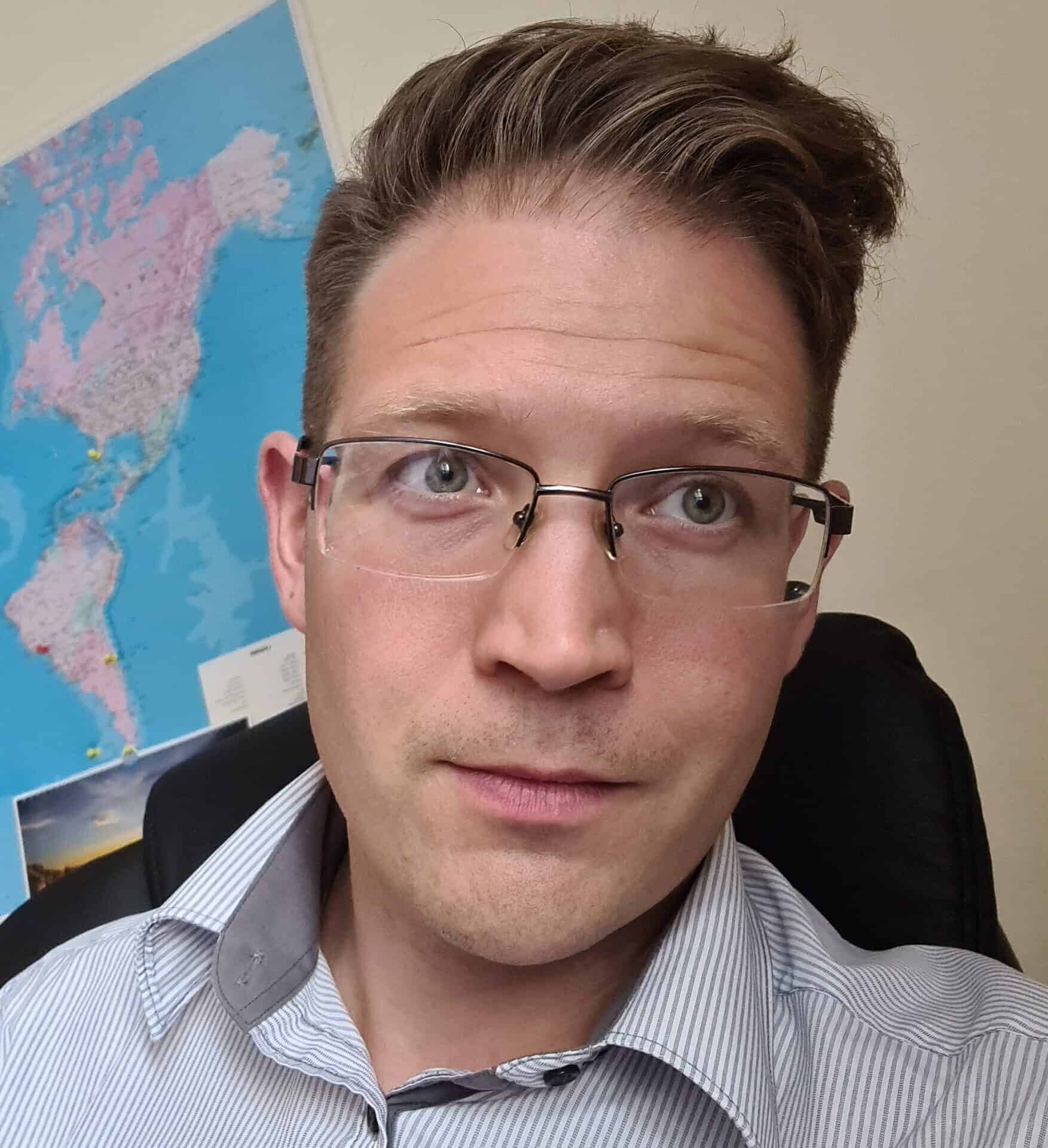 Originally from the UK, Lee has a history in business management and administration, particularly in retail and catering.
Read more

In October 2020, Lee was appointed to the role of Executive Secretary for the Falkland Islands Chamber of Commerce. As the only full time employee of the Chamber, he is usually the first point of contact in our office and is always eager to hear from our members on issues they would like to see addressed.

James started his career in the British Army, before making the Falklands his home in 2003. Since then, he has gained experience as a technician, a manager for Interserve Facilities Management, and Dealer Principal of the only Land Rover Dealership in the Falkland Islands.
Read more

In 2017, another opportunity arose that would give James deep insight and knowledge of the Falklands principle industry, commercial fishing. He has been performing the role of Executive Secretary for the Falkland Islands Fishing Companies Association ever since.

Sitting on a number of board & groups, James has a strong  retail, business and project management background, and a good breadth of knowledge of the business community, including MPC. He is able to approach complex situations calmly and methodically, acting in the best interests of those he represents within his own association and the wider Chamber membership as a whole. He has a keen interest in local, UK and wider global politics. 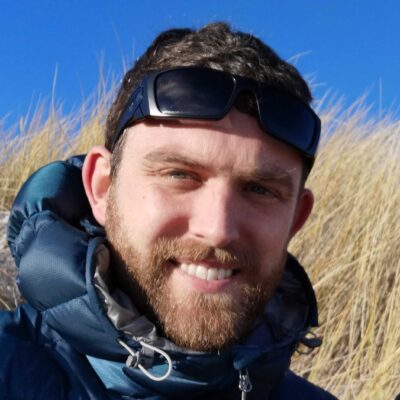 With a background in Environmental Sciences and Engineering, and several years the Oil and Gas industry and the Falkland Islands Government, Sam offers a broad range of experience to the Board.
Read more 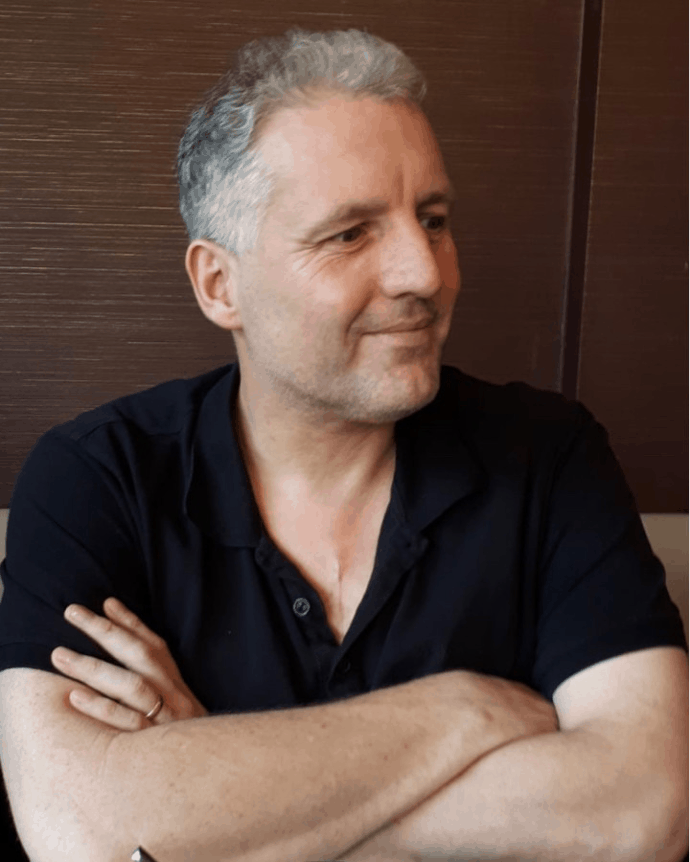 Steve Dent is the current Director of Services for the Falkland Islands Company (FIC). Steve brings a broad background in H&S, business development and public and private sector tendering. Previously MD of Invenio Falkland Islands Ltd, Steve also brings an eye on what is important to the smaller members of the Chamber community.
Read more

Prior to working within the private sector, Steve held various positions with the Falkland Islands Government including close contact with FIG’s previous attempts to engage with MOD on local content.

Steve is a highly regarded trainer of adults in HSE qualifications and provider of HSE consultancy to South Atlantic business units. Steve is a past member of the Falkland Islands Government Leadership Development Group (“The Darwin 16”). 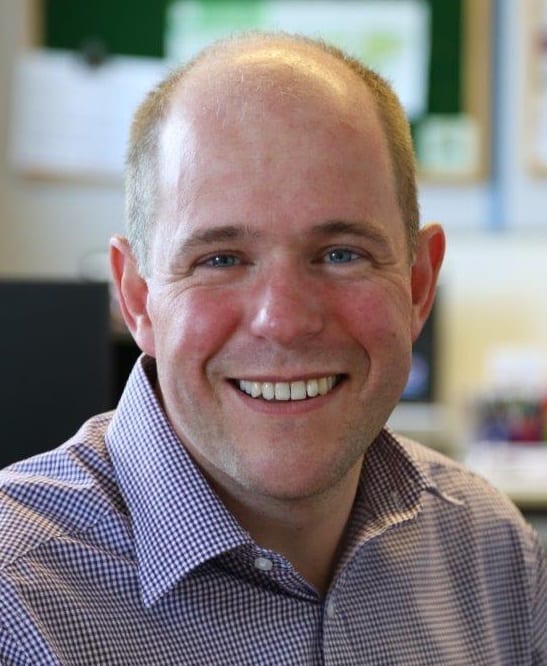 Following a short break to attend Loughborough College to study Business, Gareth continued working with the company working in various business units. After a period gaining experience overseas, Gareth completed an MBA in Shipping and Logistics by correspondence in 2016.

Additionally, Gareth has been a director of Stanley Kids Zone, FITV and the Falkland Island Meat Company, taking an active role in all three companies. As part of his work for both Stanley Services and the Chamber of Commerce, Gareth currently sits on several boards and committees and brings his varied experience from the Private sector in aiding business in the Falklands. Born in London but being a 6th generation Falkland Islander Gareth is extremely proud of the Islands.

Gareth has a keen interest in Fullbore Rifle Shooting which has seen him attend three Commonwealth Games and several Island Games, where he has twice won bronze medals. He is also a very keen golfer. 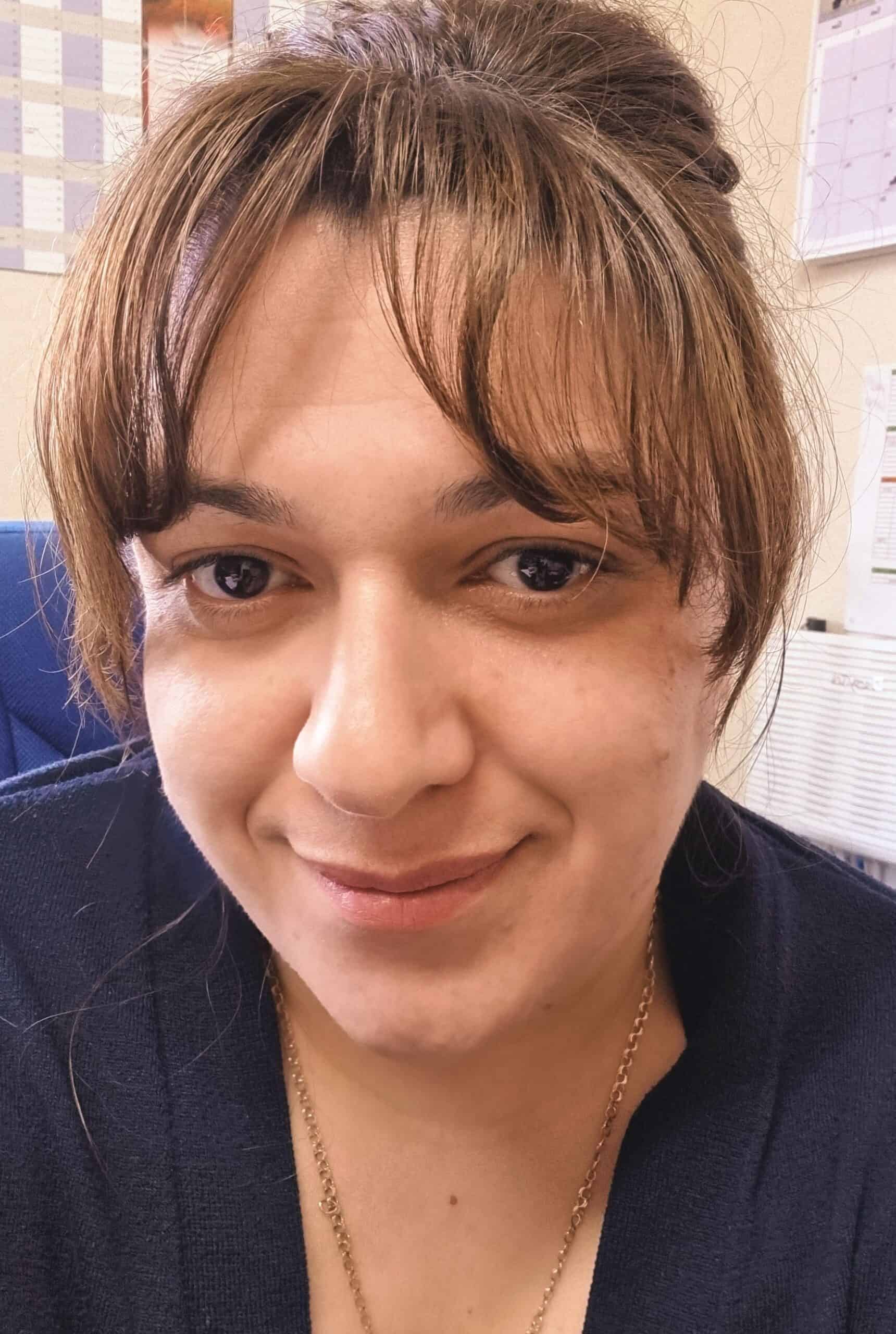 Elected to the Board at our 2022 AGM, and co-opted before then since April 2021, Marika brings a wealth of experience in retail and customer service.
Read more

Originally from Georgia, since moving to Falklands Islands in 2004 Marika has worked in the retail sector.  In April 2016 Marika was appointed as the General manager of Kelper Stores Ltd, embarking on a programme to modernise their retail outlets.

In her spare time, Marika enjoys travelling and spending time with family and friends. 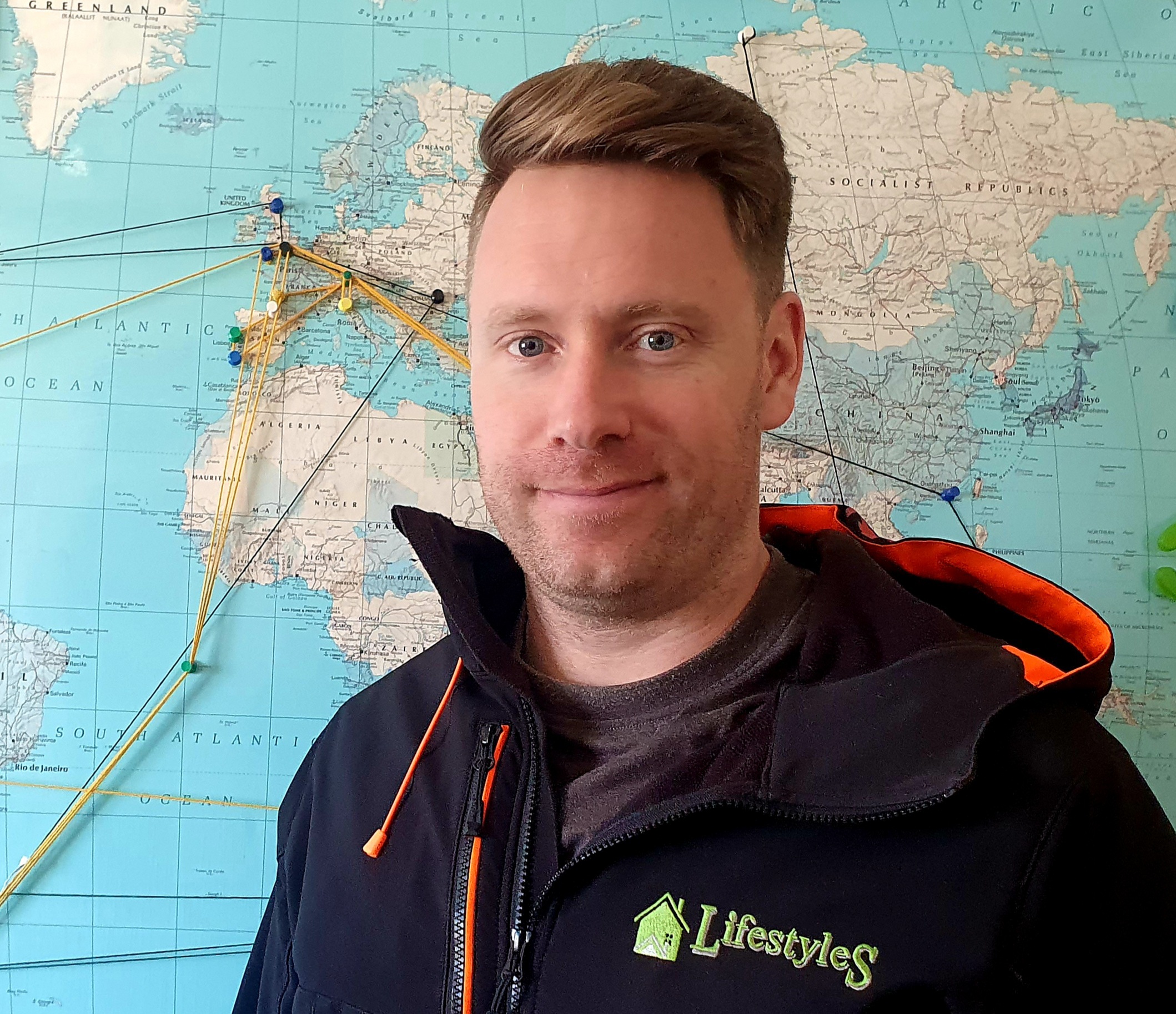 Born and raised in the Falkland Islands, Sean furthered his education in England where he studied Design at the University of Plymouth.
Read more

After becoming a qualified teacher he returned to the Islands and taught at the Falkland Islands Community School where he progressed into the Senior Leadership Team. Leaving teaching he then joined his family business, Lifestyles Ltd, which has been trading in the Falkland Islands for over 30 years.

Sean is driven to support his community through sport, the Falkland Islands Fire and Rescue Service and now, following in his footstep of his Father, the Chamber of Commerce.

Who gets to sit on the Board?

Chamber Members elect the Officers and Board Members every year at our AGM.  This ensures that our Members have confidence in those who represent them and makes the Board accountable.  The Executive Secretary is the only permanent Board member.

Who gets to sit on the Board?

Chamber Members elect the Officers and Board Members every year at our AGM.  This ensures that our Members have confidence in those who represent them and makes the Board accountable.  The Executive Secretary is the only permanent Board member.

Representing the interests of the Falkland Islands private sector locally and overseas.